Edward B. Roberts is the David Sarnoff Professor of Management of Technology  and Founder/Chair of the MIT Entrepreneurship Center (now renamed as the Martin Trust Center for MIT Entrepreneurship). A long-time expert on entrepreneurial endeavors, Edward Roberts has literally written the two “bookends” on high-tech business creation and growth. His latest, Celebrating Entrepreneurs: How MIT Nurtured Pioneering Entrepreneurs Who Built Great Companies (Amazon, 2020), describes the history of MIT’s transformation into an entrepreneurial juggernaut, led by Roberts over a 50+ years period. The book then delves in depth into 4 industries founded by MIT faculty and alums: life sciences and biotechnology; the Internet; from CAD-CAM to robotics; and “modern finance”, including venture capital. He presents the entrepreneurs who created these industries (and several more, e.g. electronics and software) and in their own words they describe the struggles and strategies that led to great successes.

Roberts’ much earlier Entrepreneurs in High-Technology: Lessons from MIT and Beyond (Oxford University Press, 1991), was the first book on entrepreneurship based entirely on extensive research studies of hundreds of entrepreneurs and their firms. It won the Association of American Publishers Award for Outstanding Book in Business and Management.

Ed’s own entrepreneurship is as prolific in academia as in industry. Roberts was a founding member of the MIT System Dynamics Group, was Founder and is still Chair of the MIT Entrepreneurship Center, and was a founder and for over 30 years chaired MIT Sloan's Management of Technological Innovation and Entrepreneurship Group. He co-founded and for nearly 20 years chaired the mid-career MIT Management of Technology (MOT) Program, MIT’s first graduate program with degrees offered jointly by two Schools. Most recently he co-created and directs the MIT Sloan Entrepreneurship & Innovation (E&I) MBA Track, which annually enrolls about 35 percent of the entering MBA students. During the past almost 60 years, Roberts has become internationally known for his research, teaching and active involvement in many aspects of technology management, including technology strategy, corporate venturing, product innovation management, and especially technology-based entrepreneurship.

When not occupied with his MIT responsibilities, Roberts is actively involved as a co-founder, board member and angel investor in many high-tech start-ups. Roberts co-founded and was CEO of Pugh-Roberts Associates, an international management consulting firm, now a division of PA Consulting Group. He co-founded and is a director of Medical Information Technology, Inc., a leading producer of healthcare information systems. He also co-founded and served for 20 years as a director of Sohu.com, Inc., China’s first Internet firm. In addition, Roberts co-founded and for 16 years served as a General Partner of the Zero Stage Capital Equity Funds, a group of venture capital funds investing in early-stage technology-based firms. He has been a co-founder and/or director of numerous emerging technology companies including Advanced Magnetics (now AMAG Pharmaceuticals), Daktari Diagnostics, Interactive SuperComputing (sold to Microsoft), Inverness Medical (now a part of Johnson & Johnson), Pegasystems, PR Restaurants, and Visible Measures. He has invested in more than 125 technology-based startups, including most recently HubSpot and Okta. Roberts has authored over 160 articles and twelve books, including Innovation: Driving Product, Process and Market Change” (Jossey-Bass/Wiley, 2002). Roberts holds four degrees from MIT, including an SB and SM in EE, an SM in management, and a PhD in economics.

This is only the second time the award has been given during the past six years. See this Trust Center article for further details about Roberts’ receiving this honor and a link to the full press release.

Ed Roberts and Jim Utterback have both been elected Fellows of the Portland International Center for Management of Engineering and Technology (PICMET), which provides an annual international platform for academics, industry professionals, and government representatives to exchange new knowledge in the management of engineering and technology. Roberts and Utterback received two of the 11 PICMET Fellow Awards given this year to recognize outstanding contributions to the development and growth of this discipline.

Ed Roberts, together with his wife Nancy, received the 2021 Leaders in Philanthropy Award of the Association of Fundraising Professionals (AFP). The award citation honors “their extraordinary charitable giving to numerous organizations in Boston and throughout New England, which has not only greatly impacted their community, but also inspired countless others to give back.”

When presenting the award, David Woodruff, president of the Massachusetts AFP and MIT’s associate vice president and COO for Resource Development, praised Ed and Nancy Roberts for their decades of passionate support of the arts and education in Boston, citing their major gifts to numerous nonprofit organizations, including MIT, Lesley University, and Boston University, as well as the Huntington Theatre Company, SpeakEasy Stage Company, the Museum of Fine Arts, and the music and theatre communities of the White Mountains.

For 40 years, Nancy Roberts was a professor at Lesley University, where she pioneered the utilization of computers in the classroom, and for 60 years Ed Roberts has been a faculty member at MIT Sloan, with extensive contributions in advanced technology management and entrepreneurship.

Ed Roberts recognized by the International Association of Management of Technology

The Global Agenda Councils include "the most innovative and relevant leaders to capture the best knowledge on each key issue and integrate it into global collaboration and decision-making processes."

Ed Roberts is the fourth recipient of the annual Adolf F. Monosson Prize for Entrepreneurship Mentoring

"The Monosson Prize for Entrepreneurship Mentoring recognizes those who support and guid business pioneers who are blazing new pathways in entrepreneurship," and Ed was awarded for his extensive mentoring of aspiring entrepreneurs in the classroom and entrepreneurs active in the business world.

"Entrepreneurship and Innovation at MIT: Continuing Global Growth and Impact."

"Entrepreneurial Pioneering from MIT: A Historical Case Study of the Internet." 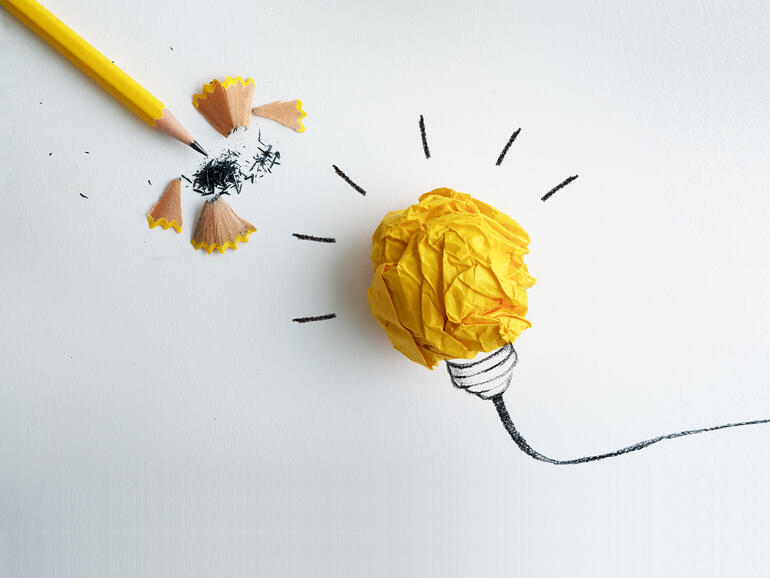 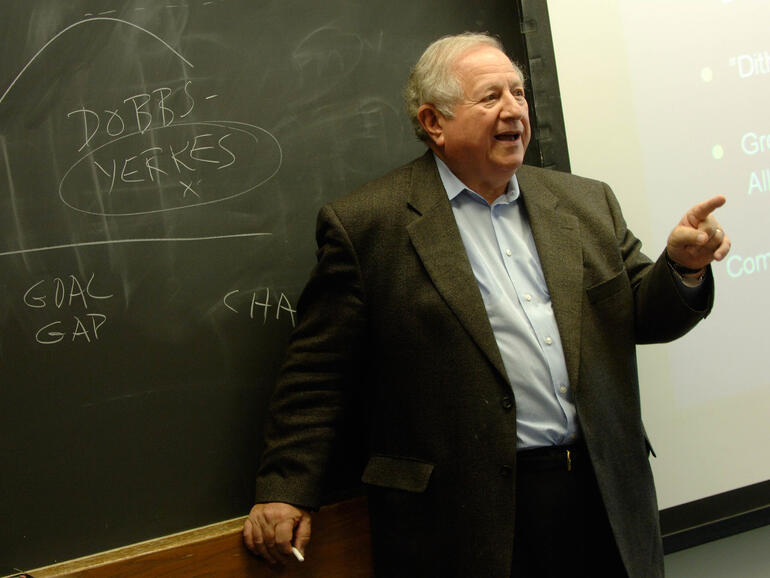