Bengt Holmstrom is the Paul A. Samuelson Professor of Economics at MIT, where he also was head of the Economics Department from 2003-2006.  He holds a joint appointment with MIT’s Sloan School of Management.

Holmstrom is a Fellow of the American Academy of Arts and Sciences, the Econometric Society, and an elected foreign member of the Royal Swedish Academy of Sciences and the Finnish Academy of Sciences and Letters.  He is a research associate of the National Bureau of Economic Research, a member of the executive committee for the Center of Economic Policy Research, and past president of the Econometric Society.

Holmstrom received the Sveriges Riksbank Prize in Economic Sciences in memory of Alfred Nobel in 2016. He was awarded the Banque de France-TSE Senior Prize in Monetary Economics and Finance in 2012. He holds honorary degrees from the University of Vaasa, Finland; Stockholm School of Economics, Sweden, and the Hanken School of Economics, Finland.

MIT Sloan Professor Bengt Holmström has won the 2016 Nobel Memorial Prize in Economic Sciences. Holmström, the Paul A. Samuelson Professor of Economics, was named winner of the award along with Oliver Hart, a professor and economist at Harvard University. The Swedish Academy cited Holmström and Hart for “their contributions to contract theory.” Calling his work “pathbreaking,” Holmstrom’s colleagues are lauding the decision by the Royal Swedish Academy of Sciences.  Holmstrom has held a joint appointment with MIT Sloan and the MIT Department of Economics since 1994. 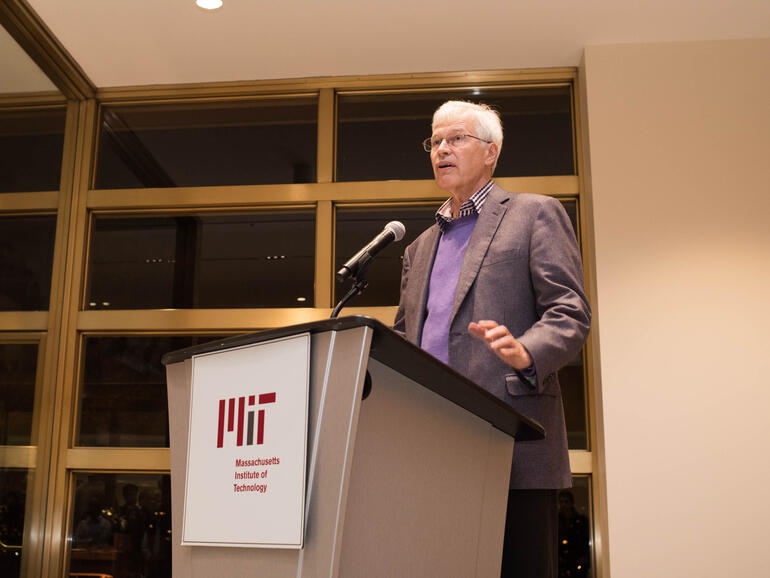 Imposing high tariffs on imported Russian gas: Would it be effective?

Would tariffs on natural gas be an effective means of reducing revenue to Russia while limiting disruption to Europe? MIT Sloan Profs. weigh in.

After the pandemic: Interview with the economist Bengt Holmström

Prof. Emeritus Bengt Holmström is one of the world's most influential economists and a long-time faculty member at MIT.

How leading economists view antitrust in the digital economy

US and European experts discuss internet giants, and Google's dominance of search and operating practices.

An open letter from scientists across the globe calling for use of fabri...