As the vice president of a large financial services firm, Max Wilson has seen first-hand the value of creating a more diverse workplace. “I transferred one team from mostly all white and male to very diverse and saw an incredible community created. Our results were world-class,” he says.

That’s why Wilson, a student in the Executive MBA (EMBA) program at MIT Sloan, proposed a diversity project when asked to submit proposals for the Laboratory for Sustainable Business (S-Lab), an Action Learning lab that focuses on exploring connections between business, the environment, and society.

While “sustainability” means environmental work to most people, Wilson reasoned that making the best use of human resources is equally relevant—particularly in a world where society’s burdens are unequally distributed. The question he presented to the class was: How could his company successfully hire and retain more people with disabilities—who represent approximately 15 percent of the global population, numbering more than 1 billion people according to the World Health Organization?

“Individuals with disabilities face an uphill battle. It is not discussed enough, and limited resources are available to assist them in advocating for their needs,” says Andy Canady, an MIT System and Design Management (SDM) student who teamed up on the project with Wilson and EMBA students Anar Shah and Cheerag Upadhyaya.

With huge hiring goals, Wilson’s company seemed well-positioned to open the doors to people with disabilities. However, individual hiring managers reported being overwhelmed by the demanding task of appropriately supporting their diverse needs.

“Once a candidate who has a disability is identified, hiring leaders are left to themselves to navigate the various resources to aid them in the hiring conversation as well as the ongoing support of these candidates,” Shah explains.

To develop a clearer understanding of this challenge, the team interviewed dozens of stakeholders, including hiring leaders, about the existing hiring process. The students then designed a new process for onboarding candidates with disabilities and shared their recommendation with those same hiring leaders.  Those leaders reported significantly more confidence in the proposed process than in the existing one, so Wilson is now working to implement the recommendations. 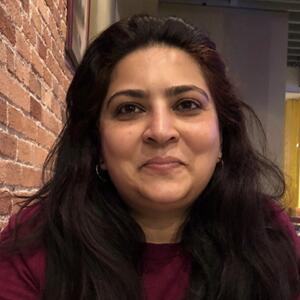 It feels great to have contributed to a project that will enrich the hiring process of candidates with disabilities and help hiring managers to support them with confidence and help them build long, successful careers. I feel that I have made a positive impact.

Upadhyaya found this project to be meaningful both professionally and personally. “I have developed a greater friendship with my team members. Also, I am eager to apply the principles I learned at my new position at UNC-Chapel Hill,” he says.

Wilson says he has also benefited personally, noting that the experience of working with the diverse S-Lab team— Canady is a lieutenant in the US Navy, Shah is a technology product manager, and Upadhyaya is a neurosurgeon—has underscored for him the value of Action Learning and the EMBA program. 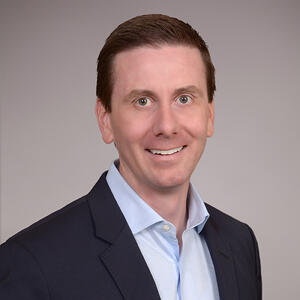 That’s one of the things about the entire experience of MIT Sloan Action Learning and the Executive MBA. You get passionate people who want to solve big problems from disparate backgrounds. Bring them together and you can invent the future.