Tiffany believes labor holds the promise to drive transformation in our society.

Workers matter. That’s the core belief that has driven Tiffany Ferguson’s career. Despite the systemic decisions over the last few decades that have cast many workers and their families aside, and the negative impact of the pandemic, Tiffany still believes labor holds the promise to drive transformation in our society. “Who has the power or willingness to make work better for workers?” Tiffany asks. “That is the principle question I grapple with on a day-to-day basis.”

At The Workers Lab, Tiffany oversaw the design and implementation of the California-based non-profit’s signature programs to fund workforce innovation. The organization exists because funding for new ideas is difficult to come by, especially innovative ideas that work for working people. The Innovation Fund invests in leaders ready to put their ideas to the test, to learn, and share their learning so others can build on them.

Before joining The Workers Lab, Tiffany was a senior community development analyst at the Federal Reserve Bank of Boston, where she led the implementation of the Reinventing Work Initiative, an effort to encourage business experimentation around redesigning minimum wage jobs to better serve workers. 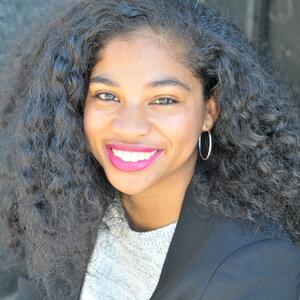 “Who has the power or willingness to make work better for workers? That is the principle question I grapple with on a day-to-day basis.”

Prior to the Fed, Tiffany worked in project management, strategic communications, and policy analysis roles at Living Cities, Proteus Fund, and the New York City Mayor’s Office of Human Capital Development under Mayor Michael Bloomberg.Tiffany was working on her master’s in city planning in the Department of Urban Studies and Planning at MIT, when she realized something was missing. An understanding of the responsible business. That’s when she enrolled in the Sustainability Certificate.

The Sustainability Initiative helped me understand that there were serious conversations happening in the business sector around wealth inequality, worker voice, and living wages.

“The Sustainability Initiative helped me understand that there were serious conversations happening in the business sector around wealth inequality, worker voice, and living wages,” Tiffany says. “It was S-Lab discussions that helped me unpack what sustainability looks like in different company contexts, and how to be an effective agent in any of those contexts.”

In a leadership role on the 10th Annual MIT Sustainability Summit–focused on social sustainability and good jobs–Tiffany made the professional contact that eventually led to her job at the Fed. During an S-Lab course, her team worked with Patagonia to reimagine how an apparel brand might work with contract manufacturers to ensure that workers earn living wages.

”We wanted to come up with an approach that went beyond the transactional relationships that factories and brands often have, and instead create value for the factories in a real way, while also lifting wages for workers,” Tiffany says. “We had to do our homework and make the case that doing business in this way was possible. That took serious skill, a willingness to listen, and a deep understanding of the parties involved, all skills I felt the Initiative helped us hone.”

Is it viable to invest in your workers as a key component of your business success? Can employers imagine restructuring jobs to meet the needs of their workers? It is possible for both workers and companies to thrive together? Tiffany firmly believes so. 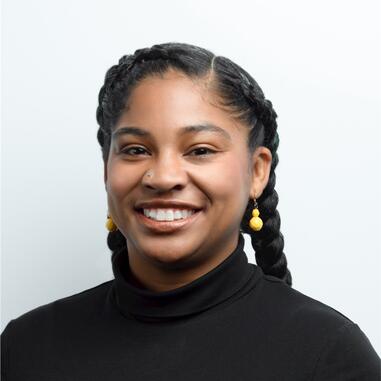