RenewCO2 is an emerging company that designs processes for converting carbon dioxide into useful industrial products. Recently, the company tapped two students from MIT Sloan's Entrepreneurship Lab (E-Lab) to investigate the potential market for formic acid, a compound that could be useful in a variety of energy applications—particularly if the use of hydrogen fuel becomes more widespread, as formic acid can be used to deliver hydrogen to remote locations in a liquid form.

“What excited us about this project is that hydrogen is the key molecule to decarbonizing many sectors that cannot be electrified. But hydrogen’s biggest weakness at the moment is a nonexistent infrastructure network, making hydrogen adoption a slow-moving transition,” says Stwart Peña Feliz, MBA ’23, who teamed up on the project with Stephanie Wade, MBA ’22. Together the two graduate students brought to bear years of experience in energy, engineering, and law.

First, the pair conducted a series of interviews with industry leaders, learning that there is a huge potential market for formic acid as a liquid organic hydrogen carrier, a means for storing hydrogen that could be used in fuel cells. “Stephanie and I were at the forefront of the market research and development for the potential product that could resolve the infrastructure issue of one the biggest upcoming worldwide markets,” Peña Feliz says. “We were excited.”

Then, after conducting both primary and secondary market research, the team provided RenewCO2 with a detailed look at the market for formic acid, valuable industry contacts, as well as guidance on the steps needed to enter that market. The company was quite impressed with the team’s work and began implementing the recommendations immediately, according to Senior Lecturer Kimberly Boucher, lead faculty for E-Lab.

Both students say this work will help them take the next step in their careers. After graduating from MIT, Wade plans to work full time at an MIT spinoff from the Plasma Science and Fusion Center, and Peña Feliz hopes to start his own business in the sector. 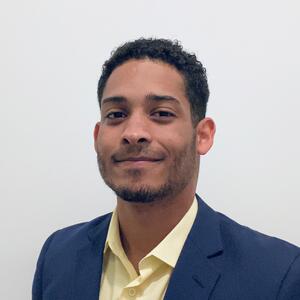 RenewCO2 provided me with the great insight of what it takes to ensure there is market fit with a technology, and how the market development shapes the technology development.