Rich Wilner knows that removing carbon from industrial operations is a strategic thing to do.

For Rich, it all started with John Sterman telling his EMBA class that we use the equivalent of 1.8 Earths worth of resources every single year.

“I freaked out,” recalls Rich. “John crystalized the problem for me in a way that nothing else could. In the end, it would completely transform my career path.” Rich came to the EMBA program as a new employee of Takeda. In the first week, John Sterman introduced Rich and his classmates to the discipline of System Dynamics and C-ROADS, the world-famous climate model John developed. That presentation sparked something in Rich. He felt he had to do something…and he knew he could.

In less than a year (9 months to be exact)—with the help of the Sustainability Initiative’s Bethany Patten, who advised him on his final project for the EMBA program (the “Idea Lab”), and Emma Caldwell, who supported his project with research—Rich developed an internal carbon pricing program at Takeda and implemented a pilot project, called CRISP (Carbon Reduction Investment Sustainability Program), at the company’s manufacturing site in Los Angeles.

“Operations activities in manufacturing sites are the largest source of direct carbon emissions at Takeda. We wanted to change behaviors at those sites.”

“Operations activities in manufacturing sites are the largest source of direct carbon emissions at Takeda,” Rich says. “We wanted to change behaviors at those sites.” As a result of implementing CRISP at the LA facility, the project team identified a pathway to achieve about 2,300 tons of CO2 equivalent net reduction in two years, which is about a 10% gross reduction from 2018 levels. That reduction trajectory, should the facility sustain it, would enable it to hit an interim target of about 6,000 tons reduced by 2025. And, the success of the pilot provides the potential to roll out CRISP across the global network of manufacturing sites, which would drive emissions reductions for the entire operation.

The team identified a pathway for 10% gross reduction of CO2 equivalent from 2018 levels.

These reductions are essential if Takeda is to reduce emissions in accordance with the 1.5-degree science-based target identified in the Paris Climate Accord, notes Rich. Without CRISP, the LA site would be looking at a net ‘increase’ in carbon emissions over that same two-to-five year time period.“Removing carbon from our industrial operations is a strategic thing to do,” Rich says. “Increasingly, colleagues across our organization are beginning to understand this—from the executive level to the shop floor. That end-to-end understanding is essential to achieving lasting, meaningful behavior changes.”

“The Sustainability Initiative enabled an end-to-end refocusing of my career,” says Rich. “John's systems dynamics model of our consumption in the first week of the program lit the fire to animate my purpose, and the coursework provided the tools to transform that purpose into practice. The Initiative provided me not only with a practical and comprehensive understanding of the interaction between business and the climate crisis; it provided me with a pathway to use my unique abilities to have a material impact on it.” 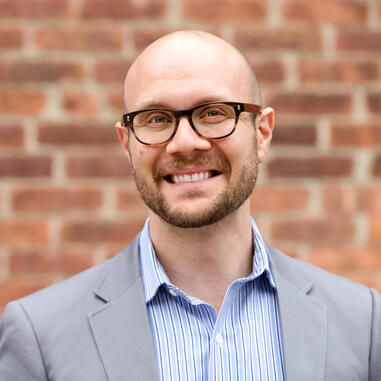