A Common Thread | Our 2021 Annual Report

How Shayna Harris is changing the face of food

% of interviewees who reported taking real world personal and collective action because of their World Climate experience.

Using interactive simulations developed by the MIT Sloan Sustainability Initiative, Climate Interactive, and the UMass Lowell Climate Change Initiative,  the MIT Climate Pathways Project seeks to advance the adoption of evidence-based climate policy among decision makers in the public and private sector; however, it is important to also understand how future decision makers (i.e. today’s students) could be impacted by these simulations.

In their paper, Participatory approaches enhance a sense of urgency and collective efficacy about climate change: Qualitative evidence from the world climate simulation, the authors found that students participating in the World Climate simulation–a Model UN-style game using C-ROADS where participants representing different nations create a global climate agreement–attributed gains in their climate change risk perception to the simulation and reported gains in collective efficacy as a result.

Participants in the study came from several educational programs serving high school and college students from disadvantaged backgrounds. Pre- and post-World Climate simulation surveys were first conducted to assess participants’ gains in climate change knowledge, sense of urgency, hope, and intent to act. Students who showed the largest gains in their sense of urgency (nine to ten from each of four simulations, for a total of 39) were then invited to participate in semi-structured phone interviews. Twelve students from four simulations were interviewed at some point between two weeks and nine months after their experience. Interview responses were transcribed, coded, and analyzed using causal loop diagramming. 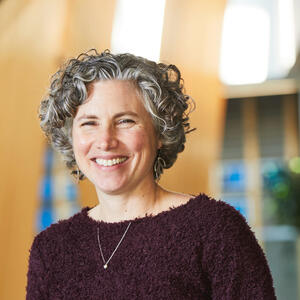 “The World Climate Simulation fosters engaging and rich conversations in a guided, facilitated experience that makes participants more likely to advocate for and take climate action in the real world.”

Most or all interviewees in this study expressed:

Causal loop diagramming enabled the authors to further analyze study data as a system and visualize the impact of the social components in World Climate, like effective deliberation and collective efficacy, on learning outcomes. These social components were central to interviewees’ engagement, but interviewees also reported the important role of the C-ROADS model in their understanding of climate change. This suggests that learning experiences should be grounded in credible information that participants can interact with directly.