The S. Donald Sussman Award is presented to individuals or groups who best exemplify Donald Sussman’s career as a successful investor in quantitative investment strategies and models.

The award is named in honor of S. Donald Sussman, the Founder and Chairman of Paloma Partners. Since founding Paloma more than 40 years ago, Sussman has worked in many areas of investments but he is best known for his pioneering role in the backing and development of quantitative strategies and managers. He was named to the Institutional Investor-Alpha Hedge Fund Hall of Fame in 2013. He has been an active philanthropist focusing on education, the arts, and the environment.

S. Donald Sussman lecturers receive a $100,000 cash prize and share their insights on quantitative finance and the financial industry through public lectures to be delivered at MIT Sloan during the year of the award. At the event honoring the establishment of the Award, MIT Sloan Dean David Schmittlein noted that the award is an “important resource for recognizing excellence in finance at MIT and very broadly in the world.” 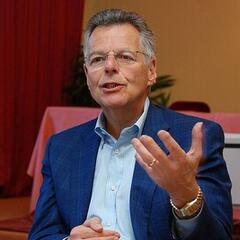