Sinan Aral a global authority on business analytics; award-winning researcher; entrepreneur, and venture capitalist. He is the David Austin Professor of Management, Marketing, IT and Data Science at MIT, Director of the MIT Initiative on the Digital Economy (IDE) and a founding partner at Manifest Capital. He was the chief scientist at SocialAmp, one of the first social commerce analytics companies (until its sale to Merkle in 2012) and at Humin, a social platform that the Wall Street Journal called the first “Social Operating System” (until its sale to Tinder in 2016). He is currently on the advisory boards of the Alan Turing Institute, the British National Institute for Data Science in London, the Center for Responsible Media Technology and Innovation in Bergen, Norway and C6 Bank, one of the first all-digital banks of Brazil.

His research has won numerous awards including the Microsoft Faculty Fellowship, the PopTech Science Fellowship, an NSF CAREER Award, a Fulbright Scholarship, and the Jamieson Award for Teaching Excellence (MIT Sloan’s highest teaching honor). In 2014, he was named one of the “World’s Top 40 Business School Professors Under 40.” In 2018, he became the youngest ever recipient of the Herbert Simon Award of Rajk László College in Budapest, Hungary. In the same year, his article on the spread of false news online was published on the cover of Science and became the second most influential scientific publication of the year in any discipline, and his TED talk on “Protecting Truth in the Age of Misinformation,” which received over two million views in nine months, set the stage for today’s modern solutions to the misinformation crisis.

Sinan’s first book, The Hype Machine, which was named a 2020 Best Book on Artificial Intelligence by WIRED, a 2020 Porchlight Best “Big Ideas and New Perspectives” Book Award Winner and among the Best New Technology Books and Best New Economy Books to Read in 2021 by BookAuthority, became an instant classic.

Sinan earned his PhD at MIT and completed his Master’s degrees at the London School of Economics and at Harvard University. You can find him on Twitter @sinanaral and on Instagram @professorsinan.

Sinan Aral, David Austin Professor of Management and Professor of Information Technology and Marketing as well as Director of the MIT Initiative on the Digital Economy (IDE), has won the 2021 Thinkers50 Digital Thinking Award, which "celebrates the thinker who has done the most to convert the digital language of the 0 and 1 into useful human insights,” whose “research and insights shed the newest and most original light on the new digital reality.”

The top 50 honorees on the Thinkers50 2021 Ranking of Management Thinkers include:

Sinan Aral, who “forensically and persuasively gets to the reality inside social media and tech”;

Andrew McAfee, Principal Research Scientist and Co-Director of the MIT IDE, who with Erik Brynjolfsson (former IDE Director) “launched into the thought leadership stratosphere in 2014 with The Second Machine Age”—“their work continues to provide a road-map for success in a digital economy”;  and

In addition, each January Thinkers50 announces 30 emerging thinkers “with the potential to make lasting contributions to management theory and practice” to watch in the year ahead, and the Thinkers50 Radar Class of 2021 included Jackson Lu, Mitsui Career Development Assistant Professor and Assistant Professor of Work and Organization Studies.  The citation notes his being the first “to systematically research the ‘Bamboo Ceiling’ phenomenon” experienced by Asians in the United States, with “The Bamboo Ceiling: Why East Asians but Not South Asians Are Underrepresented in Leadership Positions in the United States” (2020, Proceedings of the National Academy of Sciences), co-authored with Richard Nesbitt (Univ. of Michigan) and Michael W. Morris (Columbia).

Jackson Lu was also subsequently shortlisted for the Thinkers50 2021 RADAR Thinker Award—which recognizes the emerging scholar “most likely to shape the future of business and business thinking,” whose “work has the potential to challenge the way we think about management”—“for his impactful research on cross-cultural management and psychology, especially his research on the ‘Bamboo Ceiling’ faced by Asians.”

Aral and Eckles win for a working paper

"Fake news" research among the most discussed papers of 2018

Sinan Aral’s paper “The Spread of True and False News Online” (co-authored with Deb Roy and Soroush Vosoughi, both at MIT Media Lab), which was published on the cover of Science in March, has not only made the Top 10 of the Altmetric Top 100 list; it has been ranked by Altmetric as the second-most-talked-about academic paper of 2018 in any scientific discipline.  In order to more fully capture the influence and reach of scholarly work and identify research generating significant international online attention and discussion, Altmetric tracks many distinct sources, including—in addition to a scholarly citation database—public-policy papers, news articles, blogs, syllabi, and social media networks like Facebook and Twitter.

The ranking was announced  in “The most discussed and shared scientific research of 2018.” Aral’s paper was given an Altmetric Attention Score of 8646, with details here.

Sinan Aral has won the 2018 Fellows Choice Award (Academic division), an Excellence in New Communications Award from the Society for New Communications Research of The Conference Board (SNCR). These awards honor the work of innovative organizations and individuals “who are advancing the use of digital and social media, mobile media, collaborative technologies, virtual reality, and other emerging digital technologies to improve business, media, health, law, culture, and society.” Fellows Choice Award winners were chosen by SNCR Fellows this year for their “exemplary effort to address fake news.” Aral’s winning paper, co-authored with Soroush Vosoughi and Deb Roy (both at the MIT Media Lab in the Laboratory for Social Machines), is entitled “The Spread of True and False News Online.” NCR, a research and education institution dedicated to the advanced study of how new and emerging communications tools and technologies are affecting business, media, health, law, culture, and society, is part of The Conference Board, a global, independent business membership and research association working to provide the world’s leading organizations with the practical knowledge needed to improve performance and better serve society.

Sinan Aral has been honored with the 2017 Herbert Simon Award of Rajk László College for Advanced Studies in Budapest, Hungary, where members of the college study economics, business, and social sciences. The economics students there established the John von Neumann Award in 1995, and the business students established the Herbert Simon Award (named after Nobel laureate Herbert Simon) in 2005. The College Assembly who voted for Aral cited the way he combines “outstanding research with real-life experience,” noting that his “groundbreaking thoughts in the fields of social commerce, information diffusion in social networks and big data applications would inspire us and improve our thinking on how technology shapes the world’s business environment.” Aral will formally receive the award in 2018 when he visits Rajk László College to give a public presentation and a college seminar.

Sinan Aral has won the Network Science Best Paper Award, sponsored by the Indiana University Network Science Institute. This first-ever award was chosen by the editors from all papers published in the first four volumes of the journal, from 2013 to 2016. Aral’s winning paper, co-authored with Lev Muchnik (Hebrew University of Jerusalem School of Business Administration senior lecturer) and Arun Sundararajan (New York University Stern School of Business professor), is entitled “Engineering Social Contagions: Optimal Network Seeding in the Presence of Homophily.”

Sinan Aral has been appointed to serve on the Scientific Advisory Board of the Alan Turing Institute in London — the British national institute for data science, headquartered at the British Library. Created in 2015 by the UK Engineering and Physical Sciences Research Council and five founding universities (Cambridge, Oxford,  Edinburgh, University College London, and Warwick), the Institute’s mission is “to make great leaps in data science research in order to change the world for the better.” The seven-member Scientific Advisory Board, an independent group which will provide strategic advice to the institute’s Board of Trustees and leadership team on its research program, includes experts from organizations around the world in academia, industry, and government, with a diverse range of skills and specializations spanning privacy, machine learning, engineering, microeconomics, and entrepreneurship.

"What (Exactly) is Novelty in Networks? Unpacking the Vision Advantage of Brokers, Bridges and Weak Ties."

"A Causal Test of the Strength of Weak Ties." 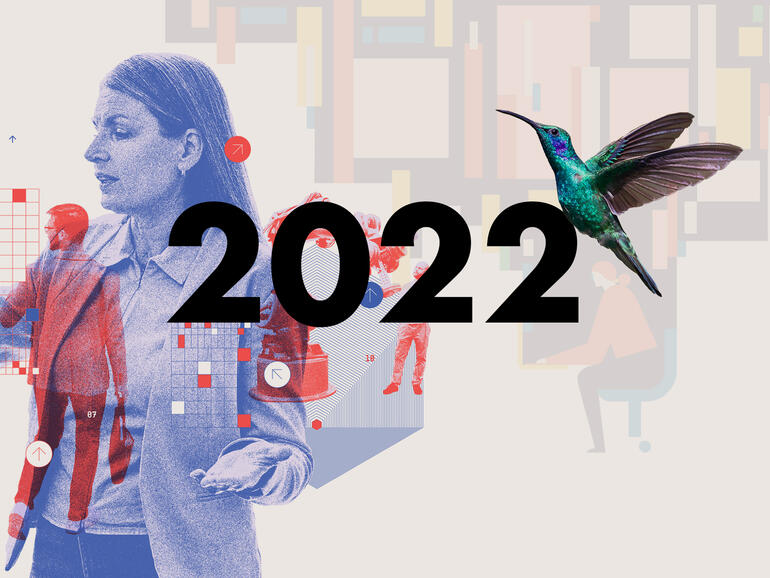 From “smart skills” to digital marketing trends, here are the stories readers were drawn to this year. 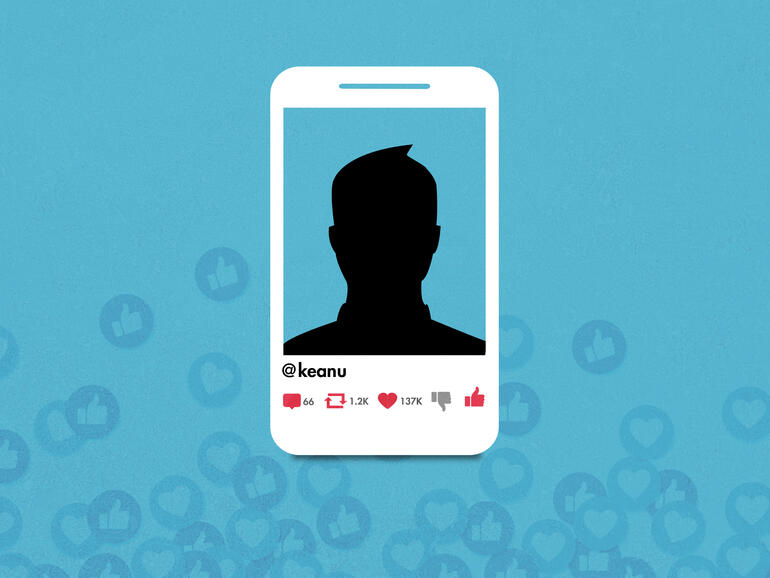 "... this could change the game of search entirely, which is core to Google's business."

Twitter is seeing an 'unprecedented rise' in competitors, professor says

Elon Musk may have 'an escape hatch' yet in Twitter saga

"There could be some negotiations about a slight price decrease in order to get assurances on the Twitter side from Musk and the financiers."

"If you get a recommendation for somebody, and you don't see what the connection could possibly be, they still might be worth exploring."

Machine learning, a branch of artificial intelligence, is the science of programming computers to improve their performance by learning from data. Dramatic progress has been made in the last decade, driving machine learning into the spotlight of conversations surrounding disruptive technology. This six-week online program from the MIT Sloan School of Management and the MIT Computer Science and Artificial Intelligence Laboratory (CSAIL) aims to demystify machine learning for the business professional – offering you a firm, foundational understanding of the advantages, limitations, and scope of machine learning from a management perspective. 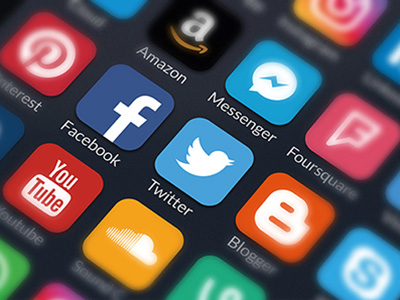 This self-paced online course is the definitive guide to harnessing social media effectively and ethically to achieve your organizational goals.