Perakis teaches courses and performs research in analytics, optimization, machine learning with applications in pricing, revenue management, supply chains, transportation, energy, and healthcare among others. Over the years, she has taught in a variety of programs such as undergraduate, MS, PhD, MBA and EMBA programs across MIT. For her teaching, Perakis won the Graduate Student Council Teaching Award in 2002, the Jamieson Prize in 2014 for excellence in teaching, and the Teacher of the Year award (among all faculty at the MIT Sloan School) in 2017.In her research, Perakis investigates the theory and practice of analytics and its role in operations problems. She is particularly interested on how to solve complex and practical problems in pricing, revenue management, supply chains, healthcare, transportation, and energy applications among others. She has widely published in some of the flagship journals of the field such as Operations Research, Management Science, M&SOM, Mathematics of Operations Research, Mathematical Programming, and POM.

She has received the CAREER Award from the National Science Foundation and the PECASE Award from the Office of the President on Science and Technology. In 2016, she was elected as an INFORMS Fellow, and in 2021 she was elected as an MSOM Distinguished Fellow. Both recognize individuals for lifetime achievements to their field. In addition, her work has received recognition with awards such as the TSL Best Paper Award, the Best Paper competition of the Informs Service Science Section several times, as well as Best Application of Theory Award from NEDSI (Northeast Decision Sciences Institute) Conference. Her work on promotions with the Oracle RGBU was a finalist at the Practice Award of the RMP Section of INFORMS in 2015. In addition, her work on predicting demand for new products with Johnson & Johnson won first place at the Applied Research Challenge Competition in 2018. In 2019 and also in 2021 her papers received honorable mention (second place) in the M&SOM practice based best paper competition. Her work was also a finalist at the JD.com competition at the 2019 POM conference as well as in the IAAA (Innovative Applications of Analytics Award). Her paper on subsidies received the 2019 best paper award published in Management Science in the last three years. Finally, her work with her PhD students has also been recognized with several awards including the MSOM Society best student paper award, the Service Science best student paper award, the RMP best dissertation award, the CBOM best student paper award and the POM Supply Chain best student paper award.

Perakis has a passion for supervising PhD, Master's, and undergraduate students and builds lifelong relationships with them. So far, she has graduated twenty-eight PhD and fifty-three Master's students. In 2012, she received the Samuel M. Seegal Award for inspiring students to achieve excellence.

Perakis is currently the editor in chief of the M&SOM journal. Prior to that role, she had also served as America’s editor in chief of the Journal of Pricing and Revenue Management, as a department editor for the journal Service Science in the area of Analytics and as an associate editor for the flagship journals: Management Science, Operations Research, M&SOM, NFORMS Journal on Optimization, and as a senior editor for POM. She has served as the chair of the RMP Section of INFORMS and as the VP of Meetings of the MSOM Society of INFORMS.

Georgia Perakis (William F. Pounds Professor of Management; Professor of Operations Management and of Operations Research and Statistics and Associate Dean of Social and Ethical Responsibilities of Computing at the MIT Schwarzman College of Computing and at MIT Sloan) has received the 2022 Award for the Advancement of Women in OR/MS from the INFORMS Forum for Women in OR/MS.

This award celebrates and recognizes Perakis for her significant contributions to the advancement and recognition of women in the field of Operations Research and the Management Sciences, honoring her dedicated history of successfully promoting their professional development, success, and recognition.

The citation notes Perakis’ “exceptional research, spanning theory to practice with fundamental contributions to the price of anarchy, dynamic pricing and data analytics,” with “research impact felt not just through the papers she has generated and the many practical innovations that have arisen from those papers, but also through how transformative it has been on the lives of many of the people she works with.” In addition, Perakis received honorable mention (second place) in the INFORMS 2020/21 M&SOM Practice-Based Research Competition, which recognizes outstanding unpublished operations management research papers with a high potential or realized impact on practice.  (Jónas Oddur Jónasson won first place, so MIT Sloan faculty won both prizes).

Georgia Perakis’s appointment as editor-in-chief for Manufacturing & Service Operations Management (M&SOM), effective January 1, 2021 for a three-year term, has been approved by the Institute for Operations Research and the Management Sciences (INFORMS) Board of Directors. M&SOM, published quarterly, is the premier operations management journal. In addition to the appointment reflecting her outstanding record and reputation in the operations management research community, Perakis has the noteworthy distinction of being the first woman to serve as editor-in-chief at any of the top journals in the field—M&SOM, Management Science, Operations Research, and Production and Operations Management.

Georgia Perakis has received the 2018 INFORMS (Institute for Operations Research and the Management Sciences) Best Paper of the Service Science Section Cluster Award, an award she has won three years in a row. Finalists for this honor were selected from nominated papers in the section’s cluster of sponsored research papers and were invited to present their work in a Best Paper Award Competition session during the INFORMS Annual Meeting. The winning paper, co-authored with Tamar Cohen-Hillel (MIT ORC PhD student) and Kiran Panchamgam (Oracle RGBU (Retail Global Business Unit), is entitled “High-Low Promotion Policies for Peak-End Demand Models” (only the abstract is currently available).

Georgia Perakis has won first prize in the 3rd Production and Operations Management Society (POMS) Applied Research Challenge (ARC), a biennial competition recognizing rigorous applied research that is innovative and relevant to practice in its managerial insights, implementable ideas, and impact on practice and research. An academic panel selected finalists to present their work at the 2018 POMS Annual Meeting, and a practitioner judge panel of recognized practice leaders selected the winner. Perakis’s winning paper, co-authored with her MIT Operations Research Center PhD students Lennart Baardman and Divya Singhvi as well as industry collaborator Igor Levin (Johnson & Johnson), is entitled “Leveraging Comparables for New Product Sales Forecasting.” An extended abstract of the paper will be published in Production and Operations Management (POM), and the paper is currently under review for publication at Operations Research.

Georgia Perakis has received the 2017 INFORMS (Institute for Operations Research and the Management Sciences) Best Paper of the Service Science Section Cluster Award. Finalists for this award were selected from nominated papers in the section’s cluster of sponsored research papers and were invited to present their work in a Best Paper Award Competition session during the INFORMS annual meeting in October.

Perakis actually was a finalist for this award for two papers—the other was “A Ranking Algorithm for Shipping in the Spot Market,” co-authored with Max R. Biggs (MIT Operations Research Center doctoral student).

Georgia Perakis has been selected to be an INFORMS Fellow, Class of 2016. The INFORMS (Institute for Operations Research and the Management Sciences) award honors “distinguished individuals who have demonstrated outstanding and exceptional accomplishments in operations research and the management sciences.” Perakis was cited for “exceptional research, spanning theory to practice with important contributions to variational inequalities, the price of anarchy, dynamic pricing and data analytics, and for her dedicated mentorship of a future generation of operations research scholars.”

"The Impact of Linear Optimization in Promotion Planning."

"Regret in the Newsvendor Problem with Partial Information."

"Care Coordination for Healthcare Referrals under a Shared-savings Program." 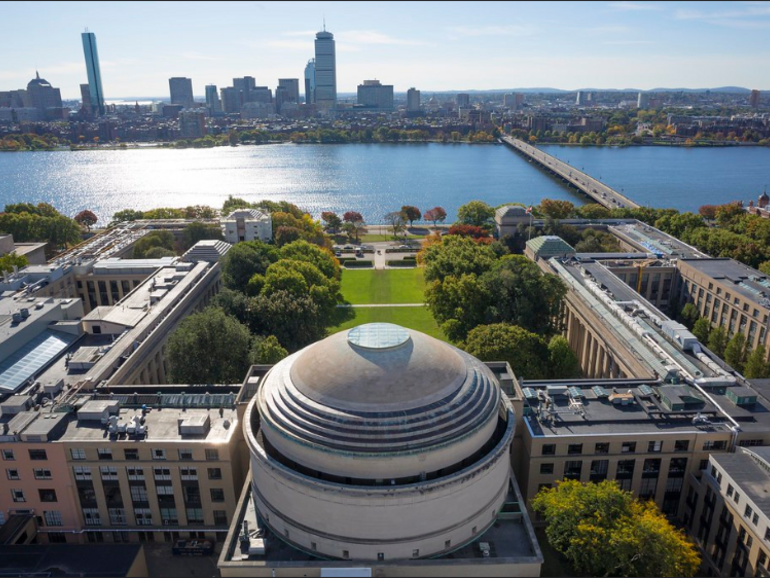 As the current Faculty Director of the MIT Executive MBA, Georgia Perakis often thinks about how to maximize the program’s value for both students and faculty alike. Given the various global backgrounds of the faculty, it’s only natural that their collective experiences impact the members of each cohort, which are increasingly becoming more diverse. Learn more on her thoughts about the MIT EMBA's global impact. 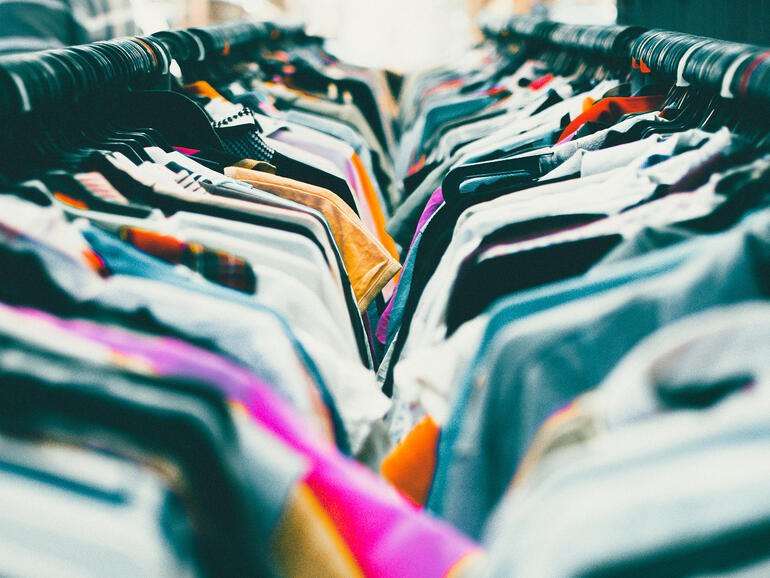 The algorithm calculates customer trends and the most effective targeted promotions.

A chapter on legendary MIT Sloan Professor Georgia Perakis describes how she teaches her course on "Data, Models and Decisions."

"During my time in the MIT Executive MBA, a few of my classmates and I combined to entertain our class with musical duets."

"Anne is ... a gifted mentor, as evidenced by the success of her mentees."